MJ Dixon is an Award Winning Filmmaker and Director of Low Budget worldwide releases including Slasher House and Legacy Of Thorn. He has also seen over 30 music videos and shorts appear on major TV channels around the world as well as running filming workshop The Micro Budget Massacre. He mostly spends his time leaping from life to life, striving to put right what once went wrong and hoping each time that his next leap, will be the leap home.

READ FIRST!! Once again, please understand that this is just my outlook and opinion on aspects of filmmaking, Im not saying its right or wrong, it's just how I do things and how I view things, Filmmaking is about listening to everyone, your peers, professionals and everything in-between. This article is here to be nothing more than helpful to people looking to make movies, hopefully thats you.

CAUTION : Obviously working with any electrics that create heat is dangerous, make sure any lights you get have the required protective glass and caging and of course just like tungsten lights be aware that, if not set up correctly, then it can, like anything on set, be very, very dangerous.

Lighting is the most important tool at your disposal when in comes to shooting anything. That sounds obvious, I know, but in advent of DSLRs and their ability to shoot in low light conditions, I slowly watched a lot of filmmakers around me slowly begin to ignore lightning all together as they struggled less and less to get a 'usuable' image, and slowly they stop reaching for the best image.

Shooting in available light, is great. It's cheap, it's quick and it's easy and it's something I employ from time to time depending on the situation. That however simply doesn't always cut it, especially if you want to make dynamic looking films. Shooting in flat available light and colour grading after is brilliant for a quick fix, but really learning to light your films will a world of difference and will set your films apart from the standard colour graded footage that has become so popular in recent years.

The trouble here, is that lighting equipment can set you back by thousands of pounds/dollars/euros to get a simple set up. The fact is though, it doesn't have to.  Our set up cost us, literally, just over £100 and I've never had to replace it. 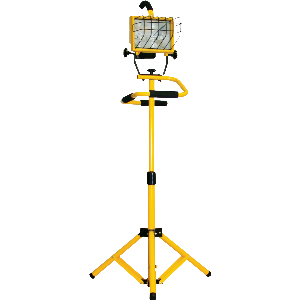 I've shot for over 3 years now on a set up that cost me £100.75p (that 75p drove my OCD crazy). It's made up of three 500w work lamps and two 500w floor lamps. All these lights have lit everything I have made in the since 2011, including 2 feature film, half a dozen short films and over a dozen Music videos that have aired on major tv channels across the world. They run off a standard mains adapter and fit in a medium sized travel bag (although it is heavy) and it has never let me down. You can buy these things at most hardware shops and if you shop around I imagine you'll find an even better deal than we got. 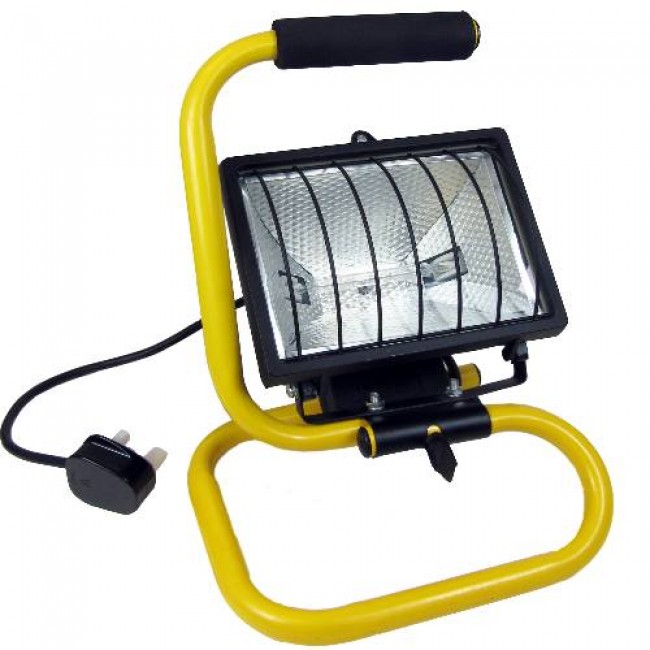 For barn doors, my set up becomes super, super low budget. It involves aluminium BBQ trays (6 for £1) and some pretty standard acetate for 50p an a3 sheet from the craft shop pinned to the trays with metal clips that come in packs of 20 from the £store. It's the most low-fi set up you will ever see in your life, but film is about the destination not the journey. For diffusing. I used greaseproof paper, and just cut it to size it cost about 50p a roll. I've bought one roll in 3 years.

When I'm attaching BBQ trays to sheets of coloured plastic and hooking them on plastering lights, clients, crew, cast all look at me like I'm a mental case. However when they see the final product all that goes away when they see the result that I get. It's doesn't matter how you get your look as long as you get it (safely of course).

It may seem a little crude, but it gets the job done and I swear by in for any filmmakers that struggle to afford equipment. The only small drawback is that using acetate this close to heat source usually melts it out of shape after a day shoot. So I find that I buy new gels as needed per shoot, On average it usually costs me £1 to replace them.

The reason they work however is nothing to do with thier wattage, or brightness, or BBQ trays or how they plug in. No they work because I learned how to use them effectively and when you are shooting on something like an SLR, it's more important to understand how to light your scenes than ever, because it's the difference between a 'usable' pictures and something professional looking. 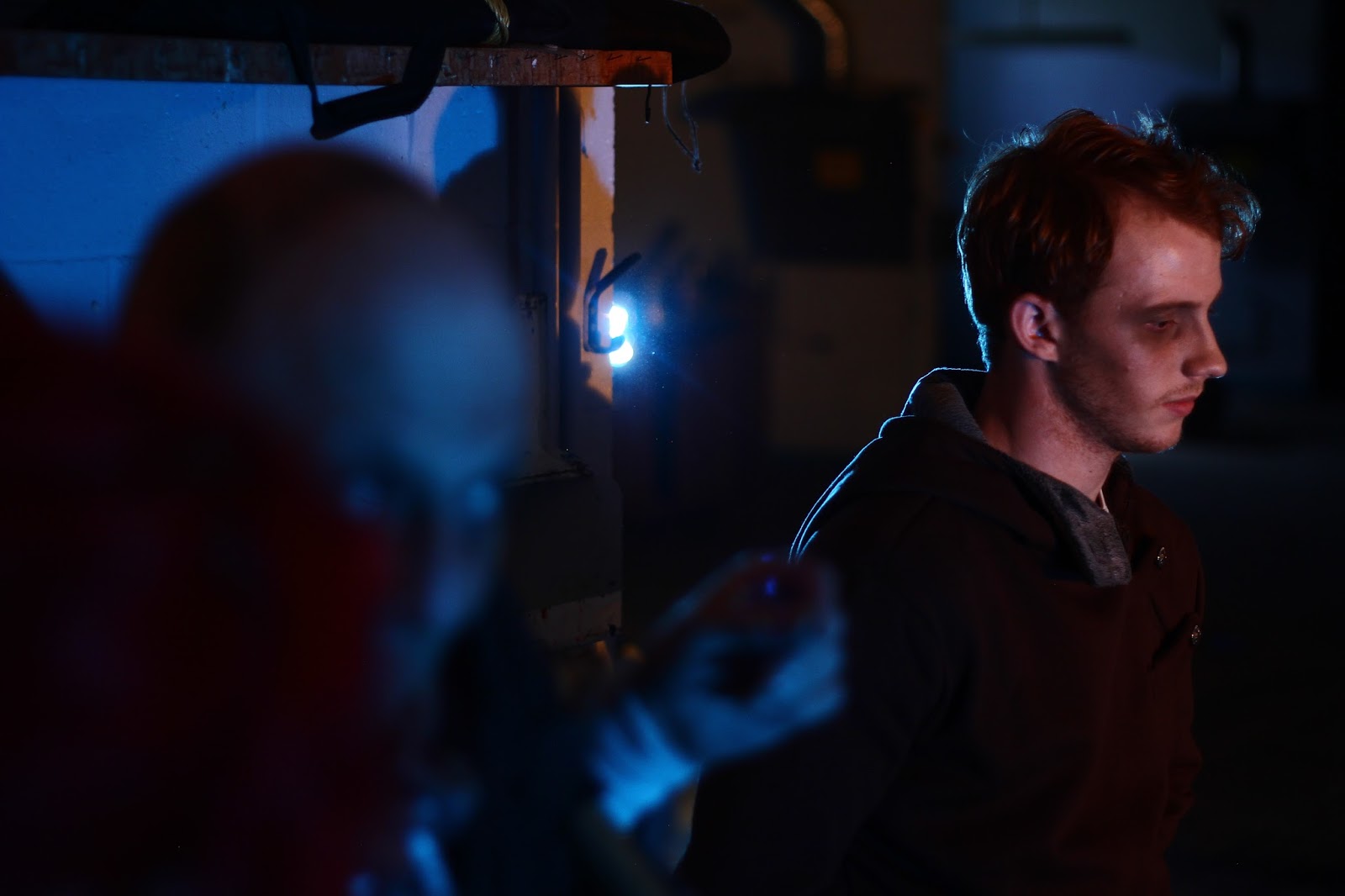 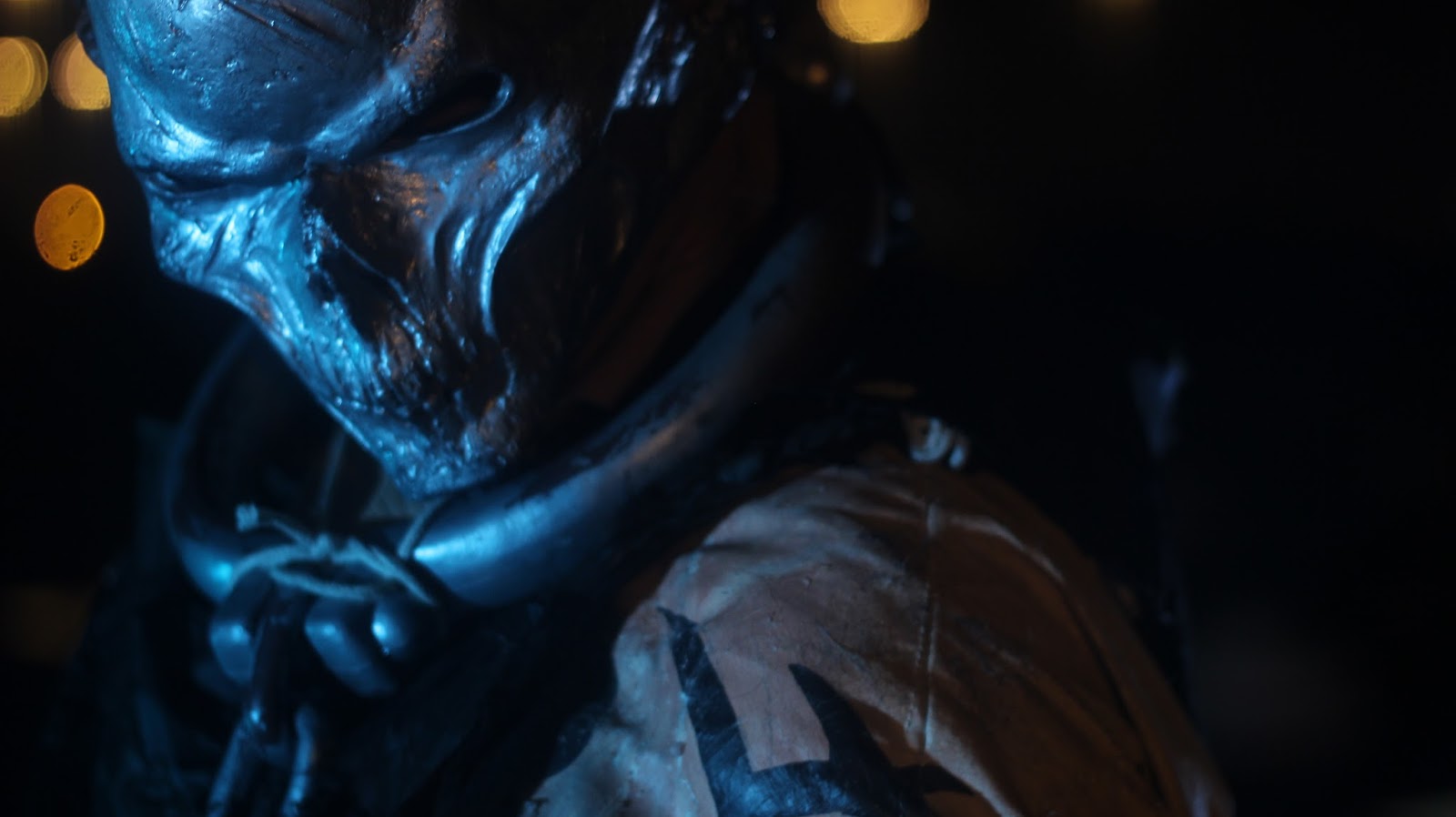 On our latest feature Legacy Of Thorn, almost every scene was lit using this set up.

I learnt to light properly on digital video and transfered those skills in the advent of DSLRs. it an important skill to learn and once you get it it will change the way you think about your films forever.

I also understand that LED lights are becoming more common place, but currently a decent 'professional' set up is far from affordable off the shelf, although it doesn't have to be. I'll talk about that next time.

IF YOU FOUND THIS HELPFUL OR HAVE ANY QUESTIONS THEN PLEASE DROP THEM IN THE COMMENTS BELOW.
Posted by Mycho at 04:38