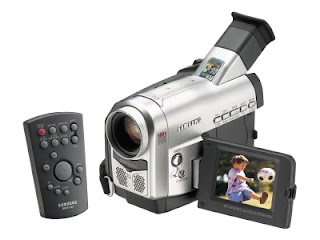 I've been meaning to post this for a couple of days, but since we got back things have been a bit insane. Which kind of brings me to what I wanted to talk about because Film Festivals, like Music Festivals, are a different world, and one that you find you could very easily live in, everyday, forever and when you land back into your 'everyday' life everything is looked upon with a kind of melancholy.First of all I have to just say that although this has been my first Festival experience where I have shown a feature film, and I can't imagine a better place or Festival to go through that. Horror On Sea director Paul Cotgrove crafted a weekend of films from all over the world that flowed wonderfully and of course made us feel like our film was something special.


It was a life changing experience for most of us and Slasher House (screening as the late showing on Saturday) was surprisingly well attended, which is quite a feat considering the weather and how late the film was on. We got great feedback from it and it was fantastic to see a room of strangers enjoying something that we had spent so long crafting.The best part of the weekend for me was meeting filmmaker Pat Higgins (Hellbride, Trash House) whose film Trash House kick started my feature film journey more than 7 years ago, which brought everything to a nice full circle. Especially with Hellbride star Eleanor James being our leading lady.


The Festival also gave us a great chance to check out some amazing Horror films such as Nazi Zombie Death Tales (Obvs), Fear Eats The Seoul, Community, Inbred and The Eschatrilogy. We also got to hang out with Jason Wright and the Silent Studios team all weekend and those guys made us feel right at home along with the rest of the staff from Horror On Sea and Bradlee Nelson, thanks to these guys we felt very welcomed I was also very lucky to meet one the most interesting people (never mind filmmakers) I had ever met in my entire life, who in about an hour restored my dwindling faith in the industry, Director of The Eschatrilogy, Damian Morter, who has been so much help to us in just the time we have arrived back that it is unreal and all because I just wanted to tell him I liked his film There is a lesson to be learned there people. 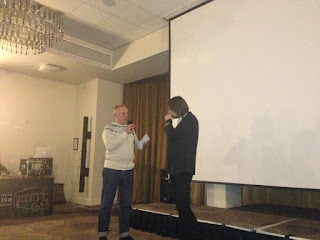 I'll end with this, It was an eye opening experience for me, both in terms of really understanding where I am currently within an industry and in terms of where I'm going and the kind of people that, if I'm lucky, I will get to work with along the way. There is great deal more that I would love to talk about, but for now my lips are sealed.P.S. I look forward to the production "Pulsating Suspenders".

First up Happy New Year Everyone.

If You've been reading for a while You might know that I like to try and drop an update on everything at the beginning f the year. Its a little for me to take stock and a little for you guys to keep you up to date on what I'm up to.

CREEPSVILLE
Our first feature is still trapped in Post Production, mainly down to my attention being forced into Slasher House for several different reasons. The main one being interest from distributors and other parties and the fact that Creepsville is an SD (Standard Def) movie make it a slightly less viable product in the eyes of entertainment distributors. However I do have plans for the film and that is my first job of 2013 is get it down in the can and then decide how we'll go about getting it into the world.

SLASHER HOUSE
Some of guys might have caught the premier back in October, but the film is exploding around here, with constant questions and request for copies of it. We're looking to have the film available to buy later this year, but that depends on a few factors that we can't discuss currently. All I can say is that the film is getting some amazingly positive feedback and begins its Festival tour at Horror On Sea this January. This film is the pin point for everything to come from Mycho from this point on so get in the bottom floor as what we have planned is something pretty spectacular.

I'VE GOT BETTER THINGS TO DO TONIGHT THAN DIE
You may or may not remember that we announced the film in mid 2011, with the aim of producing it that summer. A few things got in the way and the film continued to be pushed back until I had to make the decision to scrap it all together. It was such a large undertaking and I wasn't convinced we could pull it off. Luckily through several chance happenings toward the end of 2012, I found myself in the perfect position to get the project back up and running. Watch out for news of the film very shortly.

PREQUEL LINE UP
Everything that I want to say about Origins Saga cannot be done justice and will simply give too much away, lets just say its the beginning of a plan that was set in motion more than 7 years ago and its all connected to Slasher House.  3 films that tell 3 separate stories that will all tie back into something bigger than SH itself.  But expect to see the return of characters like Thorn as well as others linked to the House and its residents. Believe me when I say, this is just the beginning of something that looks to push the boundaries of Independent film.

BLOOD ON SANTAS CLAWS
I won't ramble on about this too much, But its the a Christmas Horror film that about 4 or 5 years ago that looks like its entering production toward the end of next year. You better watch out for it ;)

SUBJECT SEVEN
Well we released our first Album 'Seven Rising' back in March and as an independent release it did extremely well. There was a hiccup in the lineup around are halfway point, But it hasn't seemed to slow us down too much. The seconds album carried on in Pre Production and we even found time to re-release Search The Dark featuring our good friend Heather Coulton.


'Fall Of The Four' our second album is now in production and looking at a March release, but we'll have more on that as we move into the new year, as we prep our first single 'Heart Of Osiris' for release in the next couple of months. 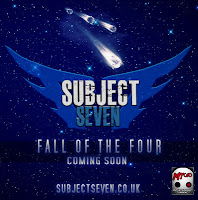 Thats just the beginning of what we have planned this year and the state of play as it stands currently and it looks like our busiest year so far.