Based in Cardiff, Wales, Filmmaker and recently debuted Author James Plumb is well known in the UK for directing brit remakes of classics 'Night of the Living Dead' and Slasher classic 'Silent Night, Bloody Night'. Plumb also debuted his first novella as part of the 'Year of the Zombie' book series with his new undead tale 'Little Monster'.

I caught up with James Plumb to talk about remaking classics, his latest film 'Kerb Krawlers' and the challenges of being a first time author. Every journey starts with an origin story, How did you know you wanted to make films?
Origin story, huh? Well, I was bitten by a radioactive video cassette on a school trip and the next day… Wait, wrong guy…

I guess I’ve always known. I was obsessed with film at a very early age when my parents were watching “Jaws” on TV while I was in my bouncer. Every time Bruce would eat a kid, I’d go mental clapping my hands and shouting “Big Fish, Big Fish!”

Later on during school holidays, when my mum was doing her studies at the library, I’d plonk myself down in front of film reference books which dissected films through its stills. So I was exposed to famous horror set pieces from “The Exorcist” and “A Nightmare on Elm Street” years before I got to see the films themselves.

In 1987 my dad brought home a JVC VHS homevideo camcorder from work and let me get my grubby little hands on it. I was seven years old and the thing was nearly as big as me. Straight away I was making these weird little Twilight Zone-esque shorts. Creepy little films about dopplegangers, ghosts and crazy cat ladies with skeleton babies… These gradually became more and more elaborate.

As a teen in the 90s, I was lucky enough that my local newsagent stocked Fangoria, Gorezone and Starburst cementing my genre fandom. I got a job at the local indie videoshop and devoured the horror section, moving onto sci-fi, action, basically any genre stuff.

After that I guess I didn’t have a choice. 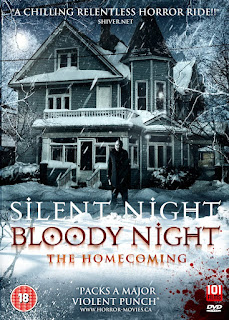 How did you become involved in Night of The Living Dead : Resurrection and Silent Night, Deadly Night : Homecoming?
Both of those projects came from the producer Andrew Jones. He saw my short film/love letter to slasher films “Final Girl” back in 2011 and asked if I wanted to make a zombie feature. At first he didn’t tell me it was a remake of NOTLD, just a zombie film. I was initially hesitant as, although I’m a fan of a number of zombie films, from Romero to Fulci to O’Bannon to Kitamura, there’s been so many bad or unremarkable zombie films I didn’t want to add to that mountain, unless there was a hook, something to hold my interest. Then he revealed it was a remake of THE classic zombie film, I freaked out and started crafting a polite e-mail why I didn’t want to make a zombie film, let alone a remake…

Thank god I didn’t send that e-mail, because here was a guy offering to produce my first feature film! Anyway, I turned that polite e-mail into a manifesto of why I’d do the film under certain conditions. Andrew was very patient, and at our first meeting agreed to each and all of the points.

Andrew’s initial idea was to do a British spin on the original, which is such a classic tale that you can set it anywhere. So we didn’t try pretend we were shooting in the States or even London, we decided to make it Welsh through and through, to give the film it’s own accent. By setting it in the UK, we turned what could be seen as disadvantages into strengths, e.g. in the UK not everyone is packing heat. So it would be harder for our characters to dispatch the zombies, no double taps to the head. Developing that led us to the conclusion that if a family member got bitten, the characters would not necessarily jump to the conclusion that the logical course of action would be to kill their loved ones. If there was even the slightest chance that their relatives could get better, wouldn’t they take that risk? This led to locking undead relatives inside the house, creating a pressure cooker environment, which meant that inside the house is just as dangerous as out there.

While editing NOTLDR, Andrew approached me with SNBN. I loved working with the cast and crew, so the opportunity to reteam with my new extended family was an easy decision to make.

As we all now filmmaking can be tough, what were some of the downside of going out on your own?

I don’t have much frame of reference cos I’ve always been an indie guy. But juggling filmmaking, the day job and parenthood can be a little rough sometimes. But totally worth it.


On the flip side, what were the upsides of doing it by yourself?
Independence! And the control that comes with it.
That’s what I love about your Mychoverse, you have complete creative control over it. 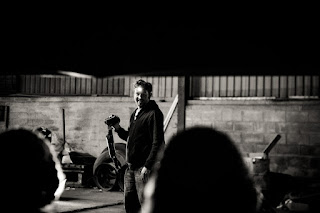 What were the differences for you between working on an established property like Night Of The Living Dead or Silent Night Bloody Night as opposed to working on a Brand New work like Kerb Crawlers?

There was a level of freedom with an original property like Kerb Crawlers, which I didn’t feel we had with the remakes. We could literally take the film in any direction, across any number of genres. With NOTLDR, we took the film in a number of direction within the zombie siege sub-genre, but it was still within that box. With SNBN, we chafed against the complex giallo-esque plot, so we ended up following the original more than I would have liked.

With Kerb Crawlers, we set up our protagonists in Act One, then flip the tables entirely in Act Two, by Act Three we’ve changed it up again.

When I saw From Dusk Til Dawn at the cinema, it had an immense effect on me. Starting as a hard-boiled crime film and then flipping to a vampire monster movie so suddenly, showed me how a film could manipulate and subvert an audience’s expectations.

Basically, I love mindfucking the audience. 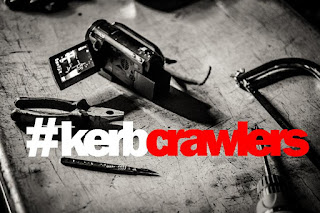 If there was one piece of advice you could give to filmmakers, apart from 'just make movies' what would it be?

The ability to convey information through mise-en-scene.

Horror is one of the purest forms of cinema, the intention is to make the audience feel something: fear. It’s all well and good having beautifully composed shots but if they don’t convey meaning, then you have to rely on the characters spouting exposition, and in a horror film that will grind your film to a halt.

The angle of a shot, and the way you cut to another shot: 100% affects the meaning of your film. Learn the grammar of cinematography.

And finally, what is next for James Plumb?

Middle of last year, I decided to put the filming on the back-burner due to health reasons within my family. It was a hard decision, but the right one for me at the time. The day after I made the decision, Wayne Simmons (author, horror convention organiser and lovely humanoid) dropped me a message to ask if I’d like to take part in a zombie novella event as part of David Moody’s (author, bald and also lovely humanoid) Infected Books label. I was speechless.

When I did regain my speech, I told him I was honoured but could I have twenty-four hours to think about it. I’d just decided to put my family first and although I’d written a number of scripts over the past few years, it had been awhile since I had written prose, let alone a novella.

But I was intrigued. It was a challenge; could I write a novella? And I had an idea, originally it was a film idea, one that I had plotted out, and written about 40 pages of script for. But there were elements of the idea, which appeared to work better as prose.

So I bit the bullet and agreed.

Aaaaand it was a challenge. A fun/rewarding/terrifying/frustrating challenge.

Funny thing about the feedback from early proofs of LM, everyone said it’d make a great film. So I may dust off that script and finish it…

The book is “Little Monster”, it’s out on Amazon Kindle from 1 June 2016 as part of the Year of the Zombie event. Blurb below:

Your six-year-old daughter has been bitten by a zombie and now hungers for human flesh.

What do you do?

Do you double tap her in the brain?

Or do you become the ultimate enabler and feed her human flesh?

And where do you get human flesh from?

This is the dilemma that Gareth and Jen face with their beautiful daughter Ana.

What will they do?

And how far will it go?

MJ
IF YOU FIND THIS BLOG USEFUL. PLEASE SHARE. You can keep up to date with our filming goings on at our FACEBOOK PAGE :)