MJ Dixon is an Award Winning Filmmaker and Director of Low Budget worldwide releases includingSlasher House and Legacy Of Thorn. He has also seen over 30 music videos and shorts appear on major TV channels around the world as well as running filming workshop The Micro Budget Massacre. He mostly spends his time leaping from life to life, striving to put right what once went wrong and hoping each time that his next leap, will be the leap home.

READ FIRST!! Once again, please understand that this is just my outlook and opinion on aspects of filmmaking, Im not saying its right or wrong, it's just how I do things and how I view things, Filmmaking is about listening to everyone, your peers, professionals and everything in-between. This article is here to be nothing more than helpful to people looking to make movies, hopefully thats you.

The simple fact is, production gear can be expensive. Sometimes really expensive, I lately looked into getting some professional led panels for studio shoot and discovers that to get 2 (in reality I would need at least 3) would cost me well over £1000 . Which as a low budget film producer and video director just doesn't come easy. I also understand that money doesn't grow on trees for those of you just starting out, who want to learn the craft of filmmaking. 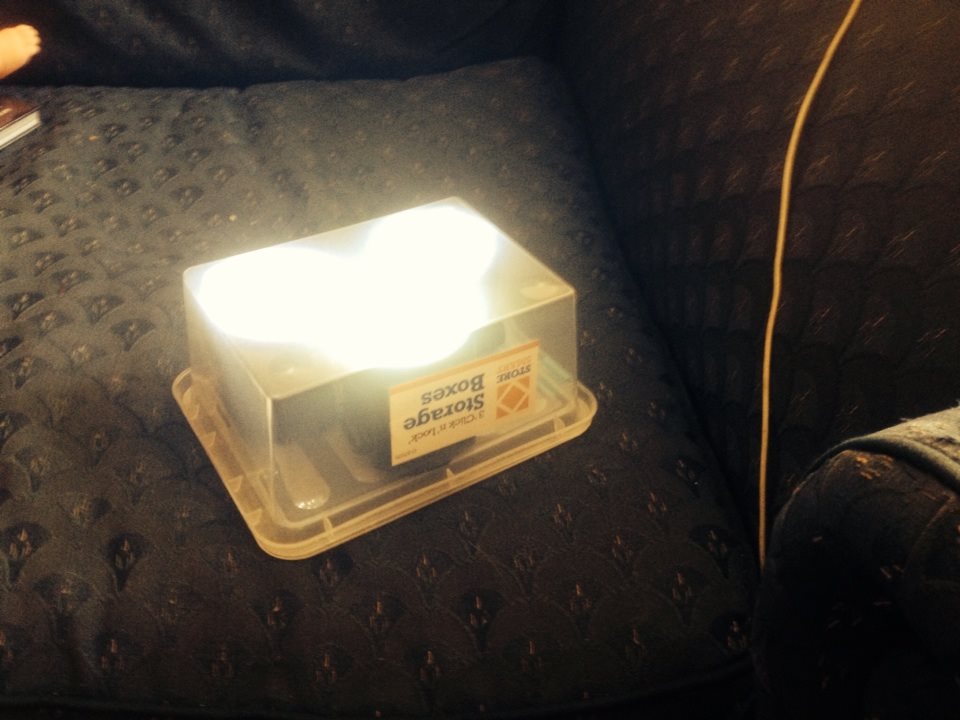 A few years ago I was booked by a band to make a professional music video, It was one of my first as an official company and so I wanted to keep it self sufficient. I didn't have a lot of gear at the time as I was just starting out. The video needed some lights and a black backdrop and through some careful planning I managed to pick that up with the deposit the band gave me. However it left me little money left for the rest of the video.

A lot of the scenes they wanted in thier story element needed to be shot outside on the streets and I couldn't take my newly bought plastering worklights because I couldn't afford a generator at the time to run them. So I knew I needed a portable light of some kind, however anything useable and bright enough was well out of my budget. After wandering around the £1 store one day, I came across the I perfect solution.

I found some ultra bright head torches for £1 each, they ran in AA batteries and were pretty bright, brighter than any other LEDs I go had come across. But not still bright enough. I needed a way to triple the power of them.

At home I had a cardboard window box from some underwear I had had gotten for Christmas. I bought a couple of the lights and realised that they lights slotted in perfectly. I dropped 4 lights in and closed the plastic Perspex of the box top over the lamps and it worked perfectly. Actually, too perfectly, the light was too harsh. A sheet of kitchen roll later and the light was diffused enough to use, Albiet handheld.

Being made of a cardboard box meant that the light probably didn't have too much shelf life, but it worked in the in the rain for the duration of the shoot. It did however mean that I could reinvent the light to have more longevity.

So I invented the Tupperlight. 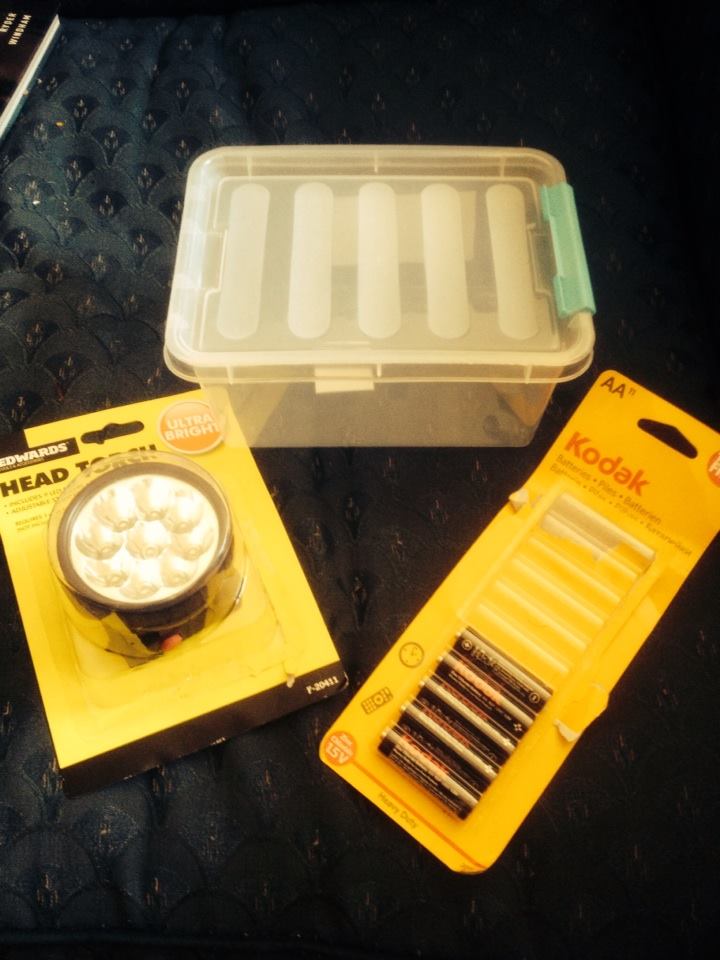 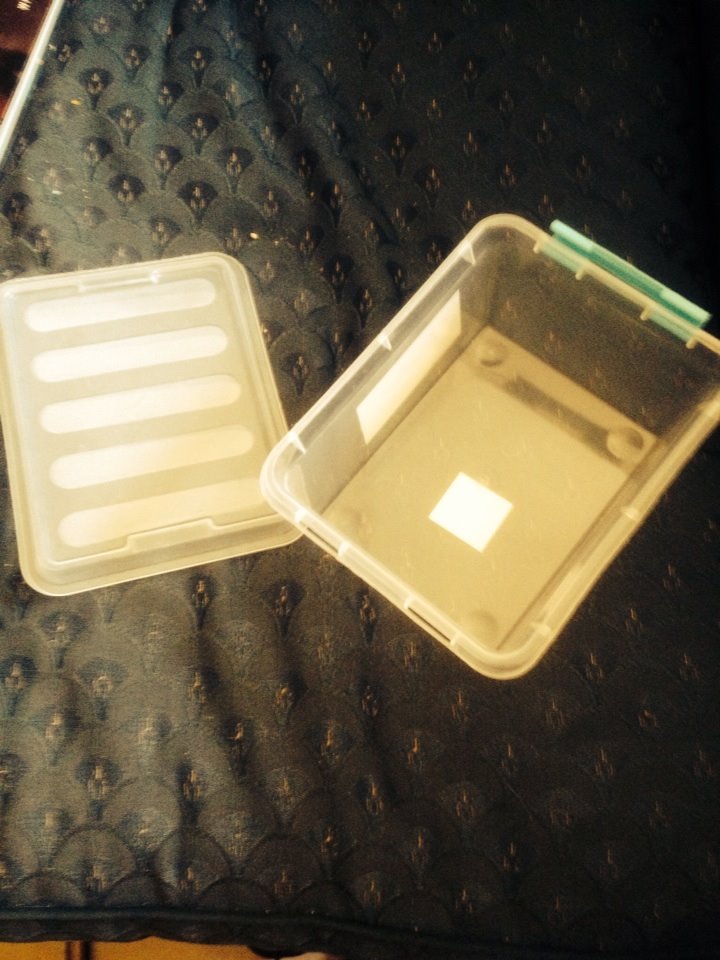 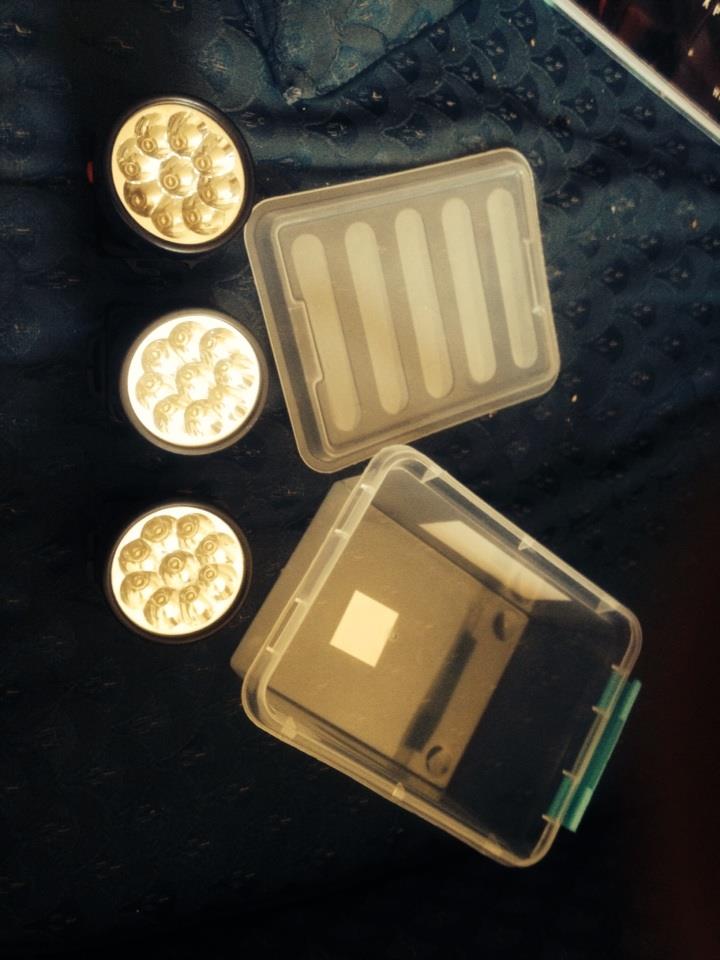 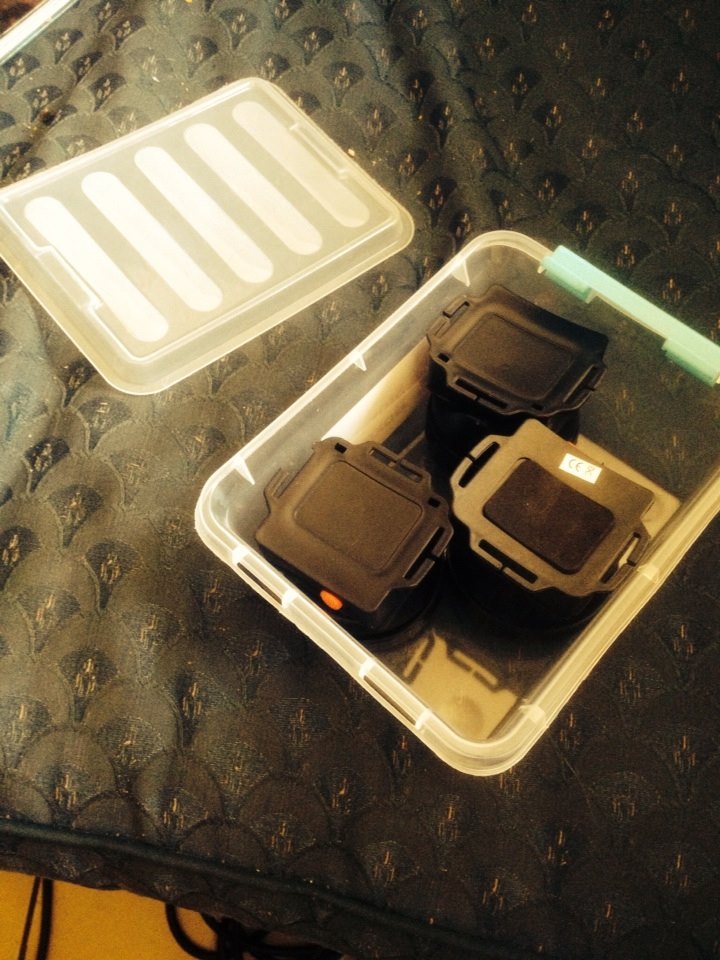 Make sure your box fits the lights tight to stop them from moving during use. 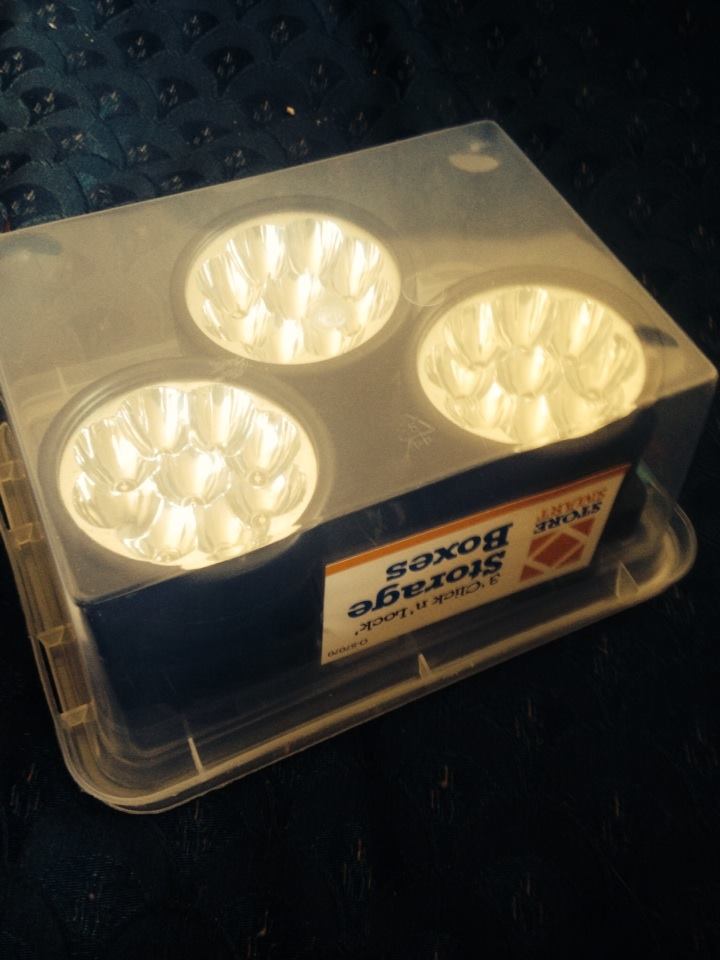 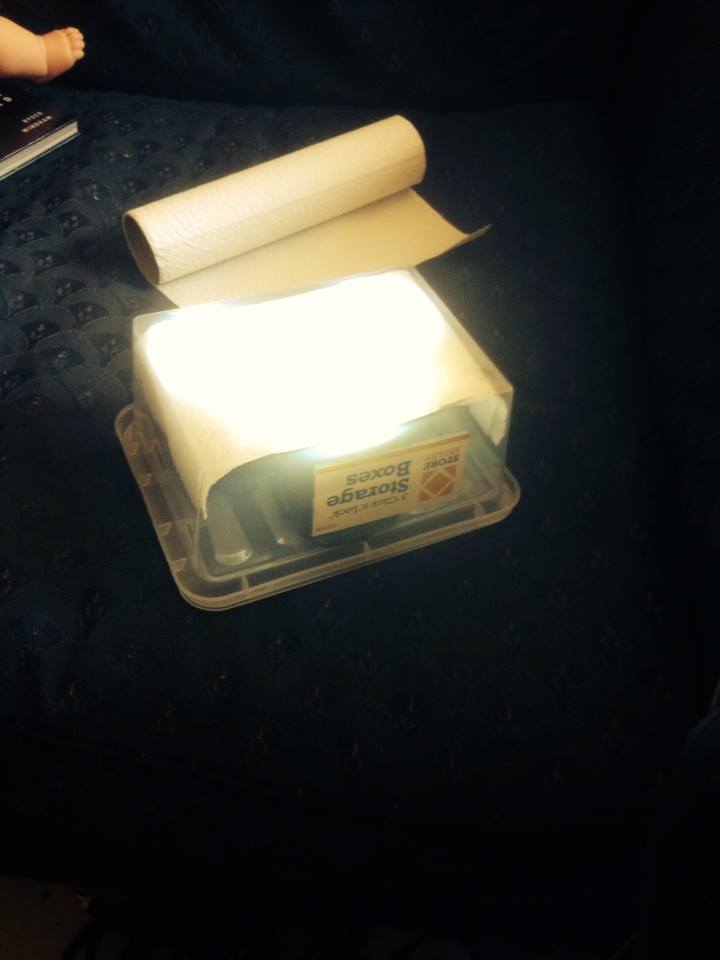 Add A thin sheet on Kitchen roll for Diffusion if needed.

This is by no means a 'perfect' solution, it has to be hand held for a start (although i'm sure it would be easy enough to mount of a light stand), but it works and is perfect on a low budget. Everything I needed to build this light featured here, I picked up for £4 (+ £1 for 12 low voltage batteries), This one has three lights, which is fine, my original had four, Although you can make a bigger one with a larger casing with as ,many lights as you want.

No budget Filmmaking is just about being creative with what you have and even though i have since replaced this cheap solution with more reliable lights I still use the Tupperlight every now and then..

You can check out the video that I used it on below.

IF YOU FOUND THIS HELPFUL OR HAVE ANY QUESTIONS THEN PLEASE DROP THEM IN THE COMMENTS BELOW.
Posted by Mycho at 03:21